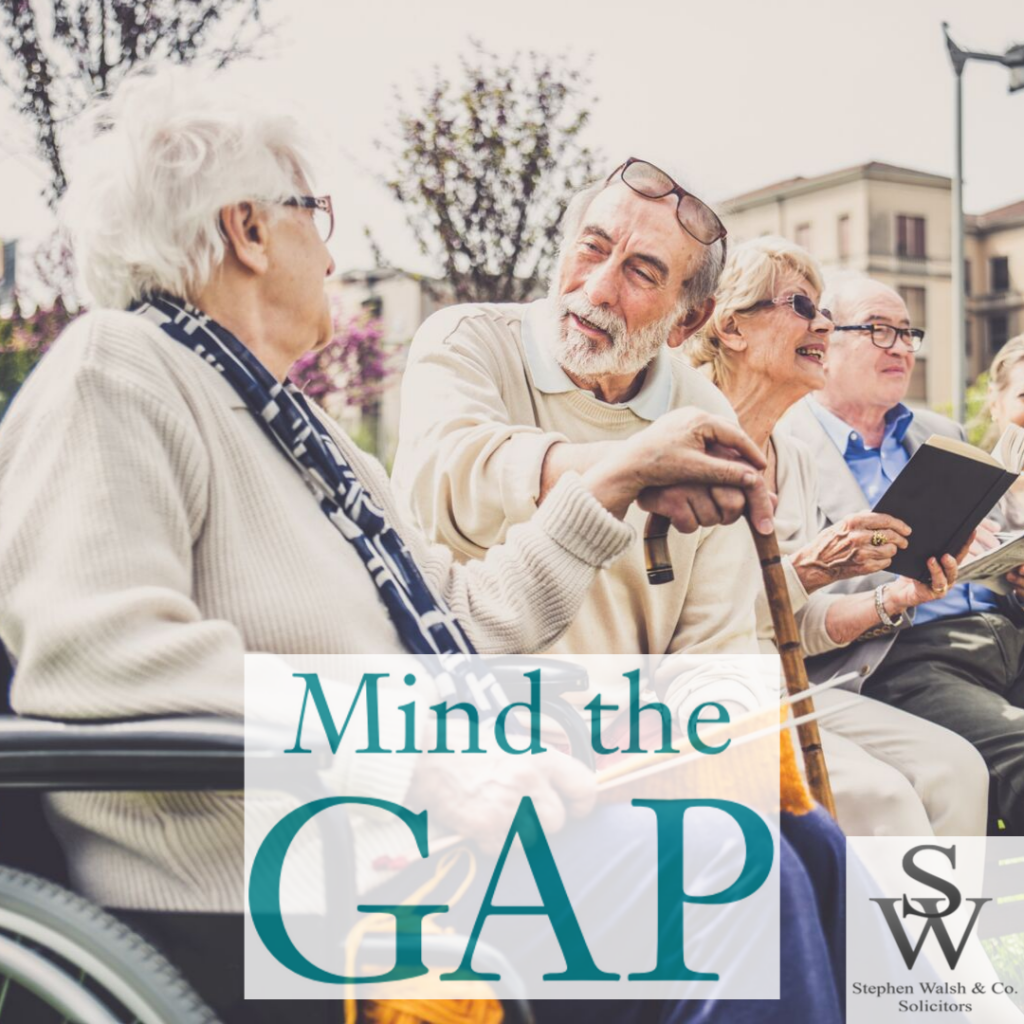 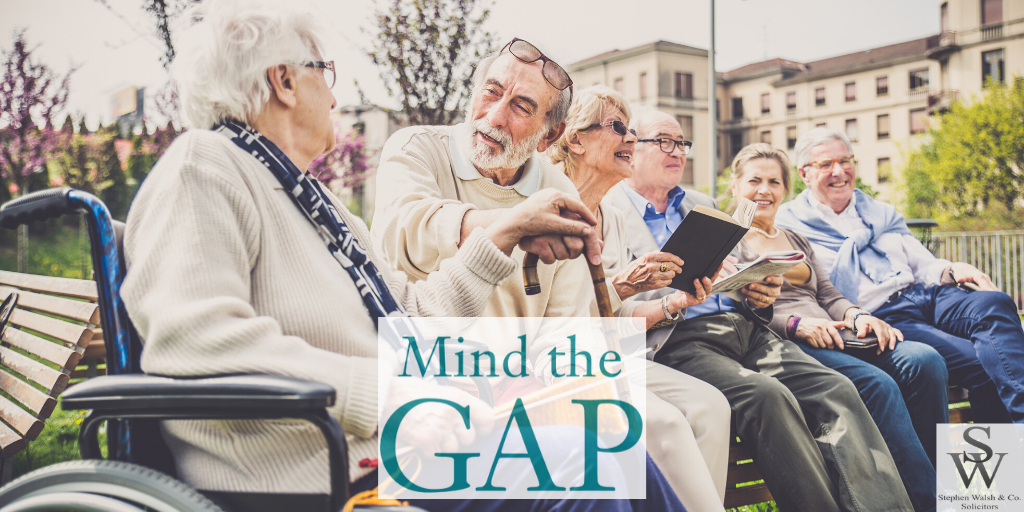 A review of the cases of the thousands of incapacitated people living in residential care is essential to ensure that those who lack the capacity to consent to their stay in institutional care are not being deprived of their liberty, writes Stephen Walsh.

It is estimated that as many as 25,000 people currently live in some kind of residential care. It is hoped that their cases will be reviewed by the newly created Decision Support Service, once the Assisted Decision-Making Capacity Act 2015 is fully commenced.

The Constitution provides that no citizen shall be deprived of his liberty, save in accordance with law.

The European Convention on Human Rights provides that everyone has the right to liberty and security of person, and that no one shall be deprived of his liberty save in accordance with a procedure prescribed by law.

In establishing if deprivation of liberty (DOL) exists, it is necessary to examine the particular circumstances in each case and the “starting point must be his concrete situation and account must be taken of a whole range of criteria, such as the type, duration, effects and manner of implementation of the measure in question.”

In the Guzzardi case, the court held that “the difference between deprivation of and restriction upon liberty is nonetheless merely one of degree or intensity, and not one of nature and substance.”

DOL is not just a matter of law, but is a matter of fact, and the circumstances of each individual case must be examined on their own merits.

Issues of DOL have a much wider scope than physical confinement and, therefore, it is necessary to examine the measures taken in a particular case, its implementation, and the effect on the individual.

Restriction upon liberty may be permissible, but the line may not be crossed to deprive someone of their liberty – and this may be difficult to identify.

People who lack capacity have the same rights to ‘physical liberty’ as everyone else, and this can only be curtailed with proper safeguards.

Any preventative, diagnostic, or therapeutic medical intervention can only be carried out with prior, free, and informed consent of a person, and may be withdrawn by a person at any time for any reason.

Restriction of a person’s liberty also includes chemical restraint, which is the intentional use of medication to control or modify a person’s behaviour or to ensure that they are compliant. Clearly, the informed consent of a patient is required for the administration of medication.

The European Court of Human Rights in HL v United Kingdom (commonly known as ‘the Bournewood case’) highlighted a large legislative gap in Britain, referred to as ‘an indefensible gap’ by Lord Steyn in the House of Lords. In the Bournewood case, a DOL was found to exist, even though HL was compliant, expressed no objection, and had never attempted to leave the hospital where he was an in-patient.

Following Bournewood, Britain introduced legislation to plug the gap, and developed DOL safeguards for persons who are considered “incapacitated but compliant”.

Since Bournewood, the DOL jurisprudence in Britain has developed. In the decision of P v Cheshire West and Chester Council and Another, the Supreme Court makes it clear that the starting point in considering the convention rights of an adult with disabilities must be the same as the starting point for any other adult.

The court also reasoned that the person’s compliance or lack of objection, or the relative normality of the placement, is not relevant in deciding if there has been a deprivation of liberty.

There are many people whose mental impairment is so profound that they can neither understand nor, therefore, object to any placement, supervision or control.

It avoids, therefore, the legal consequence that such people are not deprived of their liberty simply because of the absence of any objection to confinement.

This gap remains in Ireland at present, and the State unfortunately has failed to address the status of those who might be considered incapacitated but compliant.

In EH v Clinical Director of St Vincent’s Hospital, the Supreme Court considered the HL decision, but it was distinguished on the basis that EH was subject to an admission order at the time of commencement of the article 40 application.

However, there is a complete lack of any such legislative protection for a voluntary patient, who is defined as “a person receiving care and treatment in an approved centre who is not the subject of an admission order of renewal order”.

There is no reference to consent or capacity or to those who have or have not the capacity to consent to their admission.

PEOPLE WHO LACK CAPACITY HAVE THE SAME RIGHTS TO ‘PHYSICAL LIBERTY’ AS EVERYONE ELSE, AND THIS CAN ONLY BE CURTAILED WITH PROPER SAFEGUARDS

Two decisions of the High Court are problematic for incapacitated but compliant patients.

The first is McN(M) & C(L) v HSE (2009), where Peart J held that the applicants were voluntary patients as defined in the act, despite the fact that neither could give their consent to that status.

In the second, L(P) v Clinical Director of St Patrick’s Hospital & O’Ceallaigh (2012), the court refused to make declarations of unlawful detention and distinguished the facts of the case from those in HL.

This decision (PL) was overturned on appeal, and in a detailed judgment delivered by Hogan J, the Court of Appeal, in allowing the appeal, held that a voluntary patient who expresses a desire to leave a secure unit at an approved centre remains free in principle to do so at any convenient time, and may not be restrained by the hospital from leaving, save in accordance with the provisions of section 23 of the Mental Health Act 2001.

However, in a significant judgment in AC v Cork University Hospital, AC v Clare (2018), the Court of Appeal – in a case where the hospital maintained that it was entitled to determine when and whether it was in the best interest of AC to leave the hospital – held that the hospital acted unlawfully in restraining and detaining AC. At the time of writing, this matter is under appeal to the Supreme Court.

The introduction of the 2015 act is a leap forward in the protection of vulnerable adults who are experiencing difficulties with decision-making.

It repeals the outdated Lunacy Regulation (Ireland) Act 1871, which heretofore governed the law in relation to one’s capacity to make decisions.

It also repeals the outdated wards-of-court system and implements a modern framework of supported decision-making that seeks to give effect to the ‘functional approach’ to capacity.

The act gives effect to a number of international conventions to make it possible for Ireland to meet its international obligations. However, in light of recent jurisprudence, one wonders whether it goes far enough to protect those who are incapacitated but compliant.

The act gives statutory force to the common law presumption of capacity, and provides that it shall be presumed that a person has capacity unless the contrary is shown in accordance with the provisions of the act.

The functional approach is time-specific and issue-specific and, therefore, the assessment of capacity is narrowed to the particular decision that needs to be made.

It could be said that all incapacitated older people in residential care for illnesses such as severe dementia are confined, insofar as they are under the continuous supervision and control of staff and are not free to leave.

According to jurisprudence from the ECJ, what is relevant is the significance one attaches to whether a person who lacks legal capacity to ‘validly consent’ to care arrangement that involve confinement is able to ‘understand their situation’ and agrees with, or at least does not object to, the arrangements.

There is both an objective and subjective condition to be determined in establishing if DOL exists.

A tension exists between not imposing restrictive legal procedures on incapacitated people who can express their wishes and are content with their care arrangements, and ensuring that the law protects the liberty of all incapacitated persons who are not permitted to leave their place of residence.

Published in the Law Society of Ireland Gazette October 2019 issue.